A free day to walk around the beautiful old part of Quebec along with a few thousand other tourists.  The main streets with their tourist trap shops could be anywhere in the world but away from there the magnificent French influenced buildings and streetscapes can be enjoyed.  One of the distinguishing characteristics of churches and public buildings in Quebec is their zinc plated roofs and spires which blend into the sky almost appearing transparent.  Chateau Frontenac, the much photographed hotel overlooking the water, is every bit as grand as we expected.  Since I was last here a boardwalk has been built stretching along the clifftop to the Citadel and the end of the old city wall.  We were hoping to get views back over the old city but temporary fencing for a rock concert about to get underway on the Plains of Abraham limited access – we got to hear the rehearsal for free – almost as good as the real thing but with almost no audience apart from us. 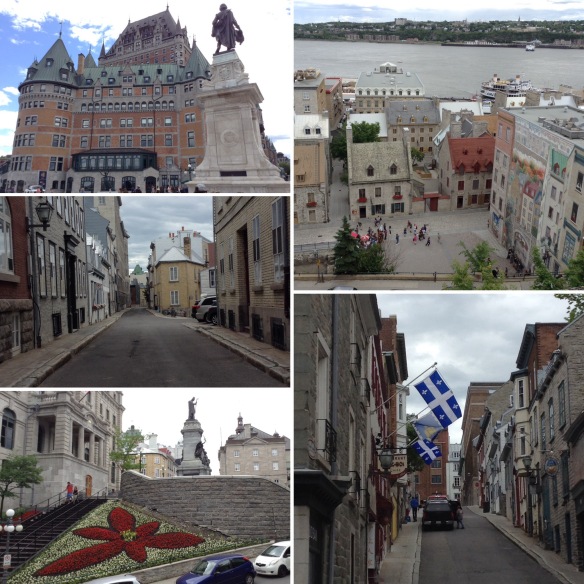