We have a free morning so time to visit another couple of Louisville’s attractions.  First stop is the cemetery where the body of Muhammed Ali was laid to rest just a few days ago.  At the gate we were told that around 50,000 people had visited already and we were lucky to be there early in the morning before the rush.  When we got to the grave site we were surprised to see how simple it was.  Just a few newly laid pieces of turf partly covered by various flags, photographs with written inscriptions and a few wilting flowers.  We were sure that in a few weeks there will be an impressive headstone and all the tourist minibuses will be lining up but for now it was a peaceful and simple memorial to a very great man. 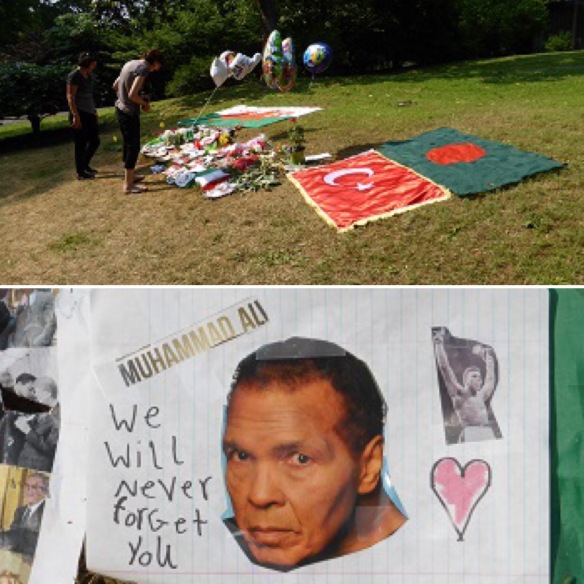 The cemetery was also a resting place for thousands of soldiers who died in the Civil War.  Where we were standing many headstones were unidentified or with numbers only – unknown soldiers who died for a cause which in some parts of the US seems to be still not finally settled.

Next stop was the historic Georgian house called Locust Grove.  Founded in 1790 by William Croghan and Lucy Clark it played a very significant part in the history of this area of the US.  Lucy Clark’s younger brother was William Clark who together with Merriwether Lewis were the first Europeans to find a way through the Rockies and got to the West Coast – a little like Burke and Wills except they actually discovered some useful land and made it back to Locust Grove to tell the tale.  Her older brother was George Rogers Clark who started life as a surveyor but rose to become a general leading the Kentucky militia in the War of Independence.  His success in beating superior British forces earned him the nickname ‘Conqueror of the North West’ and he hadn’t even reached his 30th birthday.  From then on it was all downhill.  A former colleague spread malicious stories about Clark’s drinking habits and financial management back at headquarters in Virginia which lead to him losing his commission and not being paid for his efforts.  He spent the last half of his life living at Locust Grove with his sister, suffered a number of debilitating strokes and had his leg amputated after falling into a fire.  Meanwhile the former colleague did very well – where’s the justice in that.

The original house has had a charmed life since it was built in the late 1700s.  It just survived the developer’s bulldozer in 1961 and was then completely renovated recently.  We learnt that while the US has a National Trust register of listed buildings similar to Australia, the final decision on whether a building is to be preserved is made by the local municipality with little recourse to a higher authority.  And everyone knows that local municipalities are never influenced by developers… 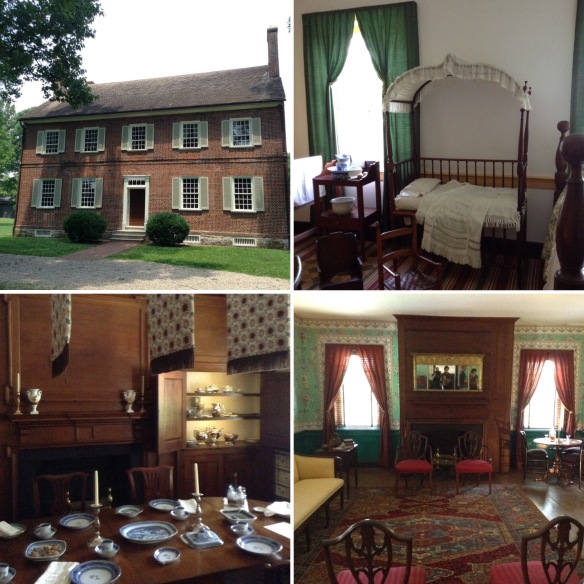